Introduction
Poverty and social exclusion are among the most common problems of the modern world. The society which is affected by this problem, is trying to overcome its dramatic situation by taking various actions, including moving out or finding a better job. Both of these things are directly connected with each other. Many people in order to improve their financial situation have decided to move to the suburbs of large cities. This made it possible to find new job in the city, close to the new place of residence. Because of constantly increasing growth of these phenomena, many crowded residential areas has arisen. They are often with very low living standards, which have been called slums. The range of these areas is constantly increasing in different parts of the world. It is a difficult process to stop, sometimes even impossible.
Slums were created by multiplying at first individual building sites in urban neighborhoods. Despite of badly thought location and poor living conditions, they have spread and formed large clusters inhabited by people. The expansion of the Slum continues and the withdrawal of this phenomenon has become a great challenge. The problem is so advanced and so complex that it requires a number of extensive actions to improve the situation in the slums and thus to improve the lives of people who live in them.

The analogy to the Slums – Cancer
Very close analogy to the problem can be observed in the human body. One of the diseased cell which is multiplied many times leads to cancer. With the passage of time, the infected cells take up more and more space in the body, and the lack of application of the treatment leads to many chronic complications, and even to death.
Analysis of seemingly so distant phenomena – Slums and Cancer let to see a strong resemblance. They are major problems in the modern world, and they spread very quickly. The number of people diagnosed with cancer in the next 10 years will increase by 5 million cases, and the number of people living in slums by 2020 is expected to increase by 500 million people . Only immediate action will mitigate the consequences of „disease” in both cases. The observation of phenomena and their similarity have caused that all means of treatment of cancer have been similarly applied to the problem of the spread of Slums. 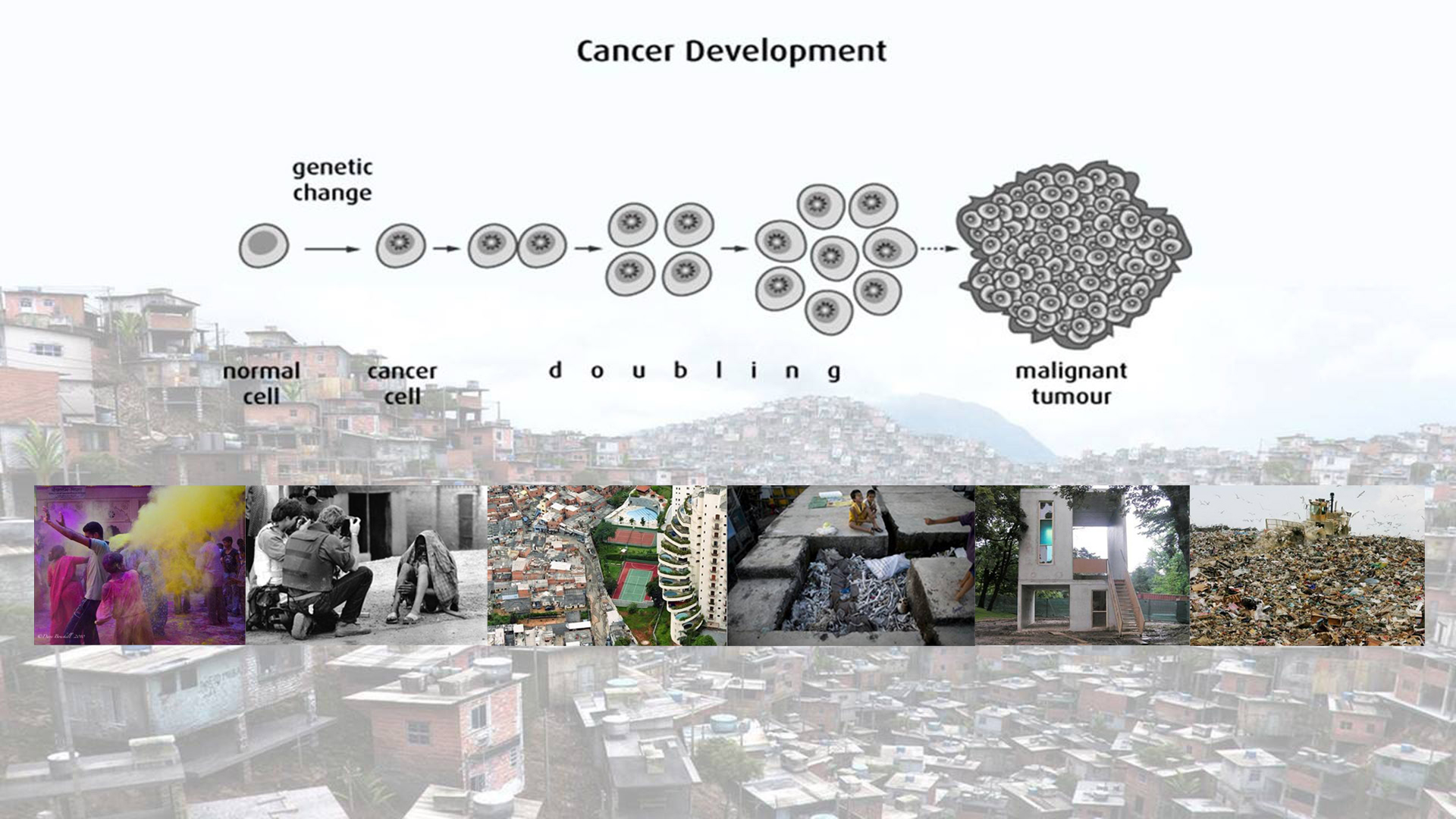 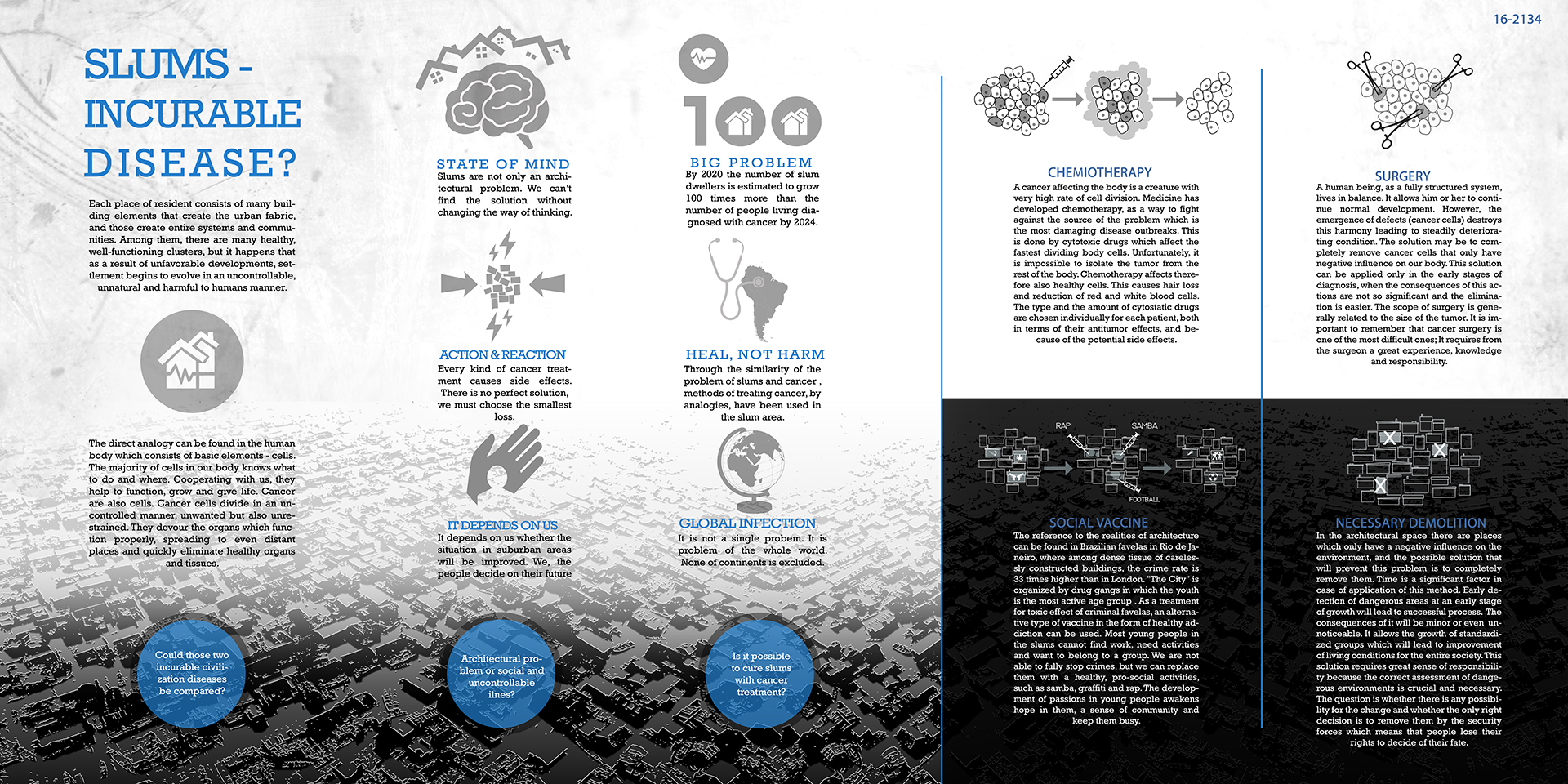 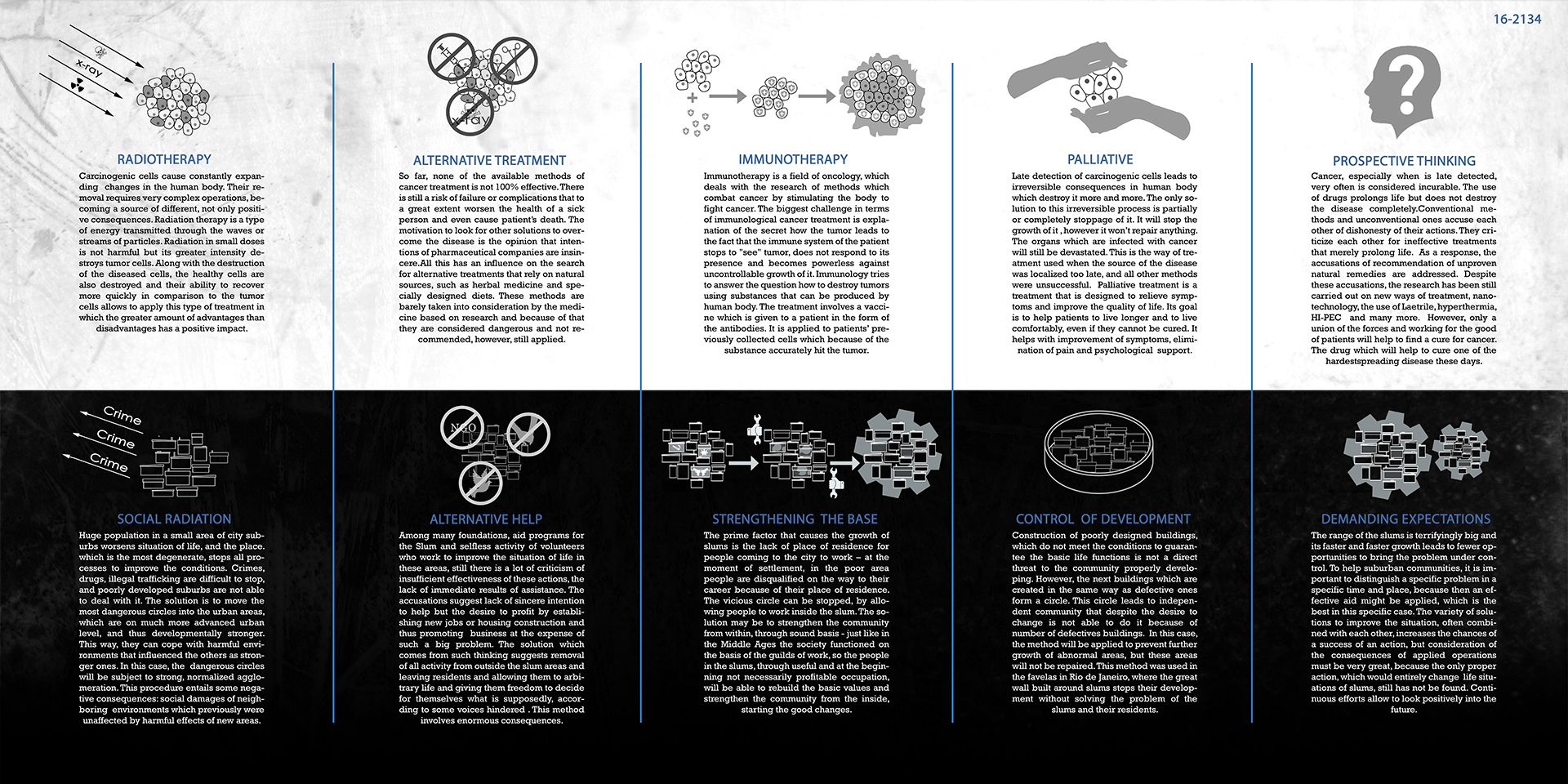